Yesterday we had a market day for our business and enterprise. My group made hand cream from Shea butter, Honey, Coconut Oil and Vanilla Essence. They turned out really good and they smelt amazing. The people in my group were Shelby, Felicity, Lacie & Myself. We made 12 small hand creams which we sold for $3 and 6 big hand creams for $4. We also had a deal for the small hand creams where you could buy 2 for $5. My favourite part of the day was going around and looking at all the different things people were selling. My favourite was probably my brothers group who made vanilla milkshakes. They were simple but really good. Overall it was a great day :)

In hurumanu 6 we having been learning about the government all around the world but mostly about the New Zealand government. The task we were given is to explain the four types of people in our government. Here is my work :)

For the past few weeks we have been learning about and working on inclusiveness. We worked on it in the same way we did with our growth mindset work. I really liked working on this topic because it is a issue we need to solve so the world isn't so torn apart. Here is my work :)

Today in Wananga we did another writing challenge but instead of it being a 100 Word Challenge we wrote a script about a video that was called Geri's Game. Here is my writing and the video. :)

( Remember the writing is BASED off the video )

I walked outside and breathed in the fresh autumn air.

Then I walked at my own pace to the park which had the most lovely green grass in the world.

When I arrived I sat down at the rusty green tables and plonked down my equipment.

I had all the time in the world! So I slowly placed down the board and set it all up.

Geri - You arrived at last you old chump !

Geri - Seriously ? How long does it take to put your glasses on ?

Teri - I’m going as quick as I can ! I popped my back yesterday and now I feel like a camel.

Geri - Finally, now I’ll just do this, this and this and BAM !

Geri - WIth great difficulty but it’s your turn hehe.

Geri - Umm I think that was beginners luck..

For the past few weeks in wananga we have been learning about growth mindsets. I really enjoyed working on this topic because it was interesting finding out what it is all about. Here is my slideshow.

Today in Wananga we did another 100 word challenge. This time it was about aliens. We could choose from a piece of music or a image. I chose the image. Enjoy :)

I was walking through the forest because I heard a loud crash and then some sort of screaming. When I got there I stood with my mouth wide open probably catching some bugs in there. There was a huge UFO just sitting there with steam coming out of the back. There were footprints leading to a cliff where everyone jumps off into the lake in summer. Standing there was a tiny alien looking out to the glistening water. I didn’t want to approach it at first but something was pushing me to talk to it. So I walked forward and ... 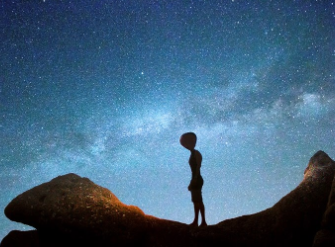 Today in science we made animations about what we have learnt for the past few weeks. Enjoy :)

Who is visiting this blog?